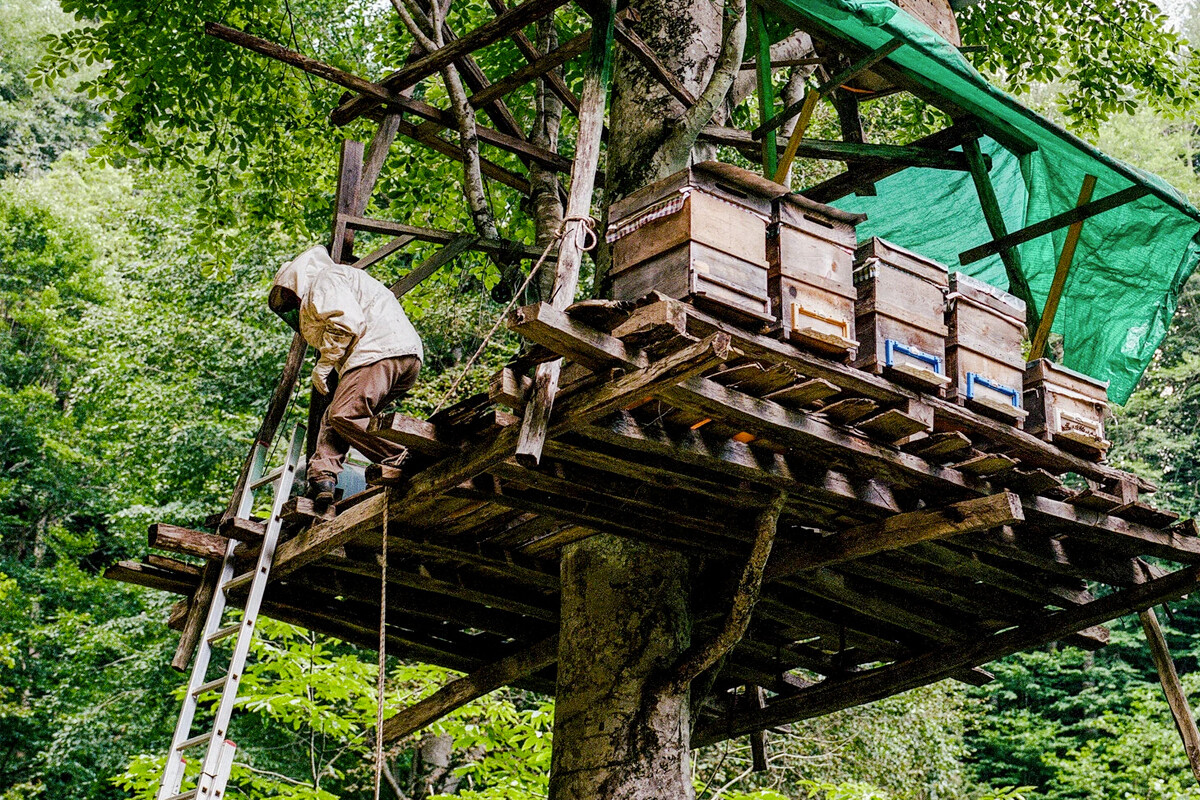 Posted at 15:56h in about honey by admin_hbodycare

The photographic series of Sarah Pannell introduces us to the beekeeping traditions of Hemshin people, an ethnic minority originating from Armenia who sustain a distinctive tradition: black hive beekeeping. 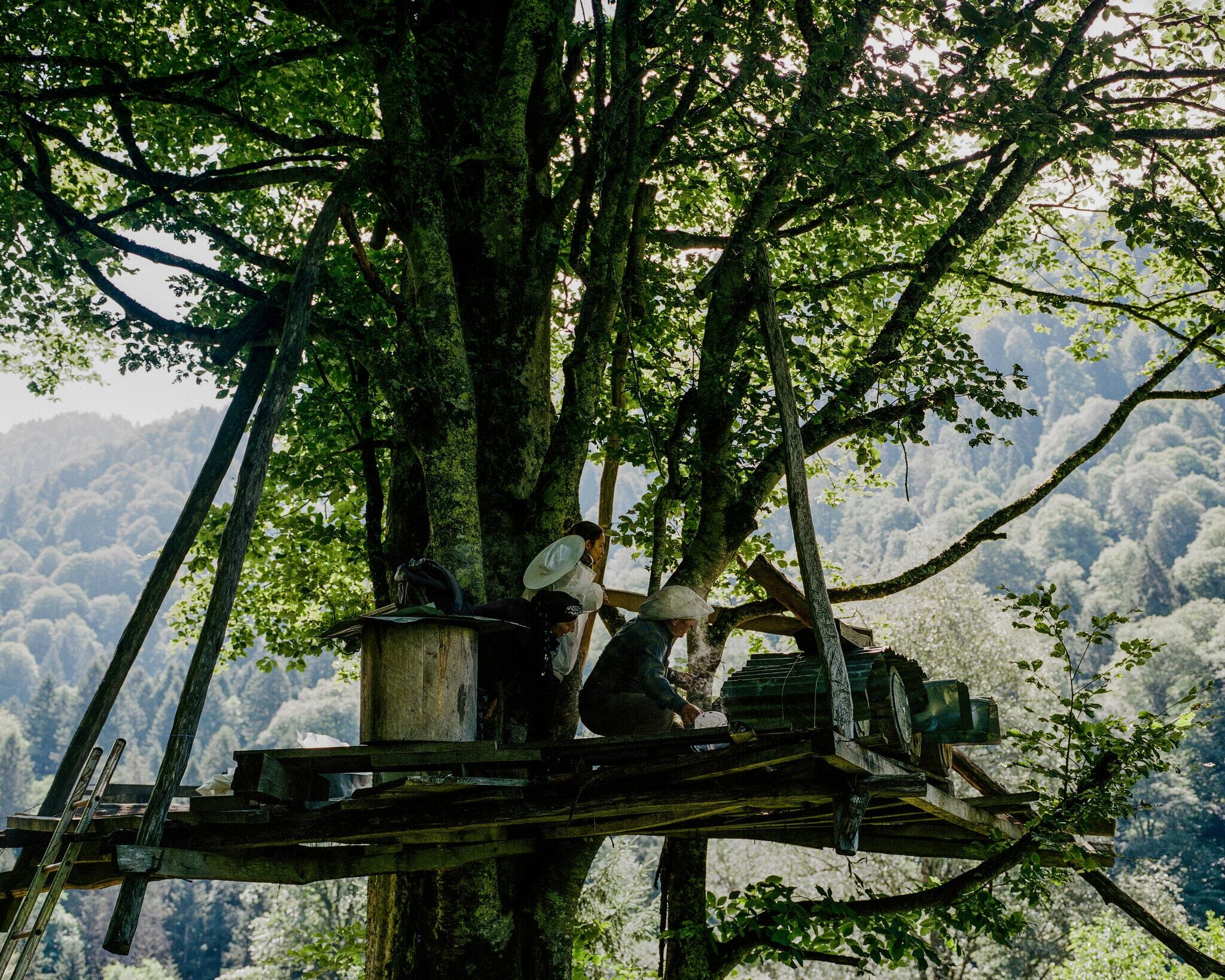 Since their arrival in Rize hundreds of years ago, the Hemshin people have settled in various places throughout the province near Camlihemsin, and in smaller villages farther up the Kaçkar Mountains, where there are over 150 endemic plant species, meaning that after bees draw pollen, they make exquisitely thick and complex organic honey. Turkey’s Black Sea region was also for a long time a major centre for the production of hemp, which the bees enjoyed and which added depth and complexity to the local honey.

Made of sections of hollowed-out logs, the black hives are placed on small platforms that have been secured to the trunk and limbs of the tree. Unlike the hives used in modern migratory beekeeping, these hives will remain here all year long. They will be cleaned at the beginning of summer, and the honey produced by the Caucasian honey bees — Apis mellifera caucasia — will be collected toward the end of the season. 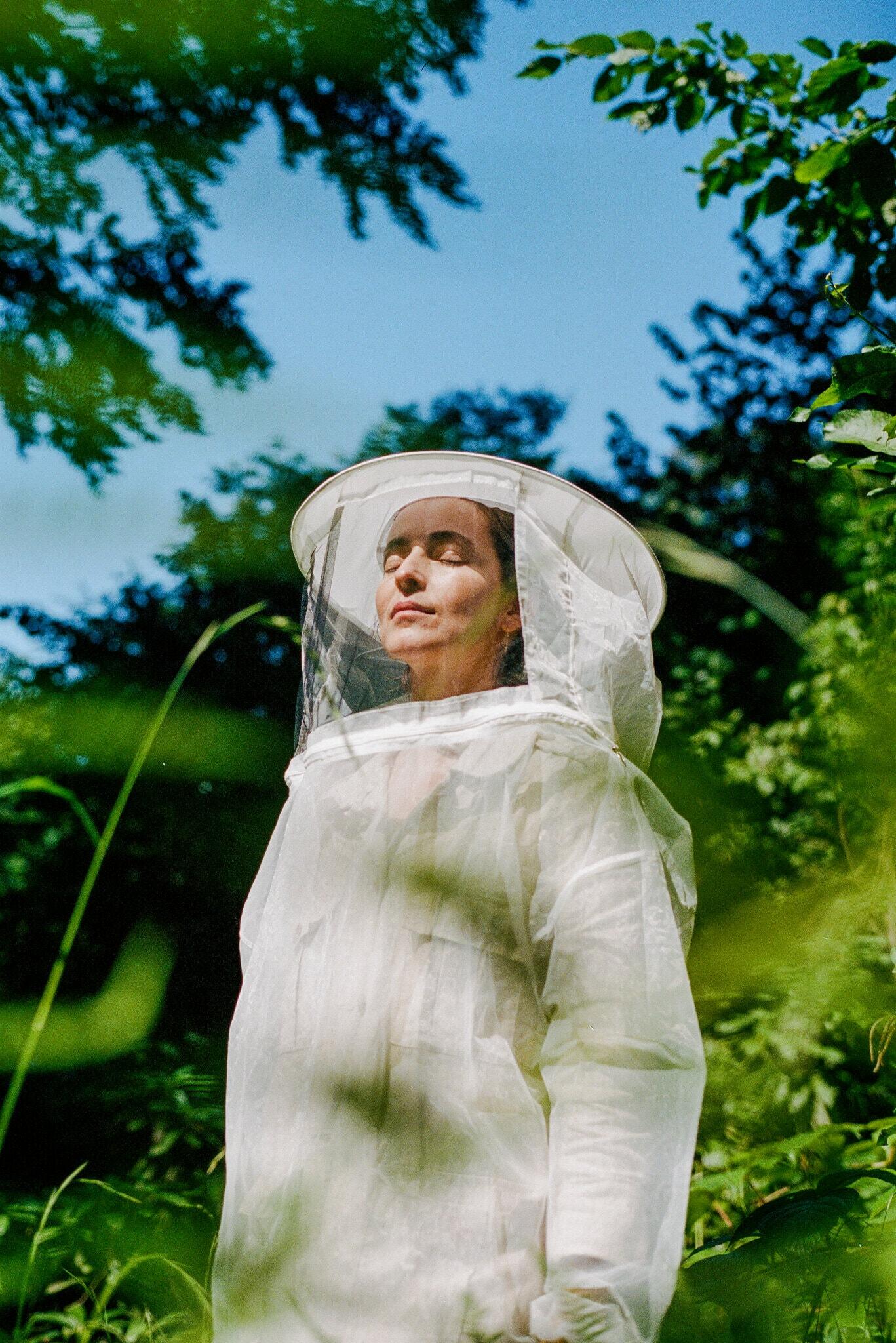 Traditionally, these hives were managed by the men of the community, with each man being responsible for around five hives. But that custom is evolving. Hemshin women are now being taught these age-old beekeeping practices, hoping they will play a crucial role in preserving the traditions of their people. Özlem Erol is one of this woman, and also she represents the work of Moyy Atölye, where their aim is to strengthen the leadership of women in local development and support the local economy. Under the roof of Moyy Atölye they produce notably Feretiko (hemp cloth, hand knitted wool products, hand made porcelains and woodworks created working with local crafters which can be legated for years to come for the following generations. 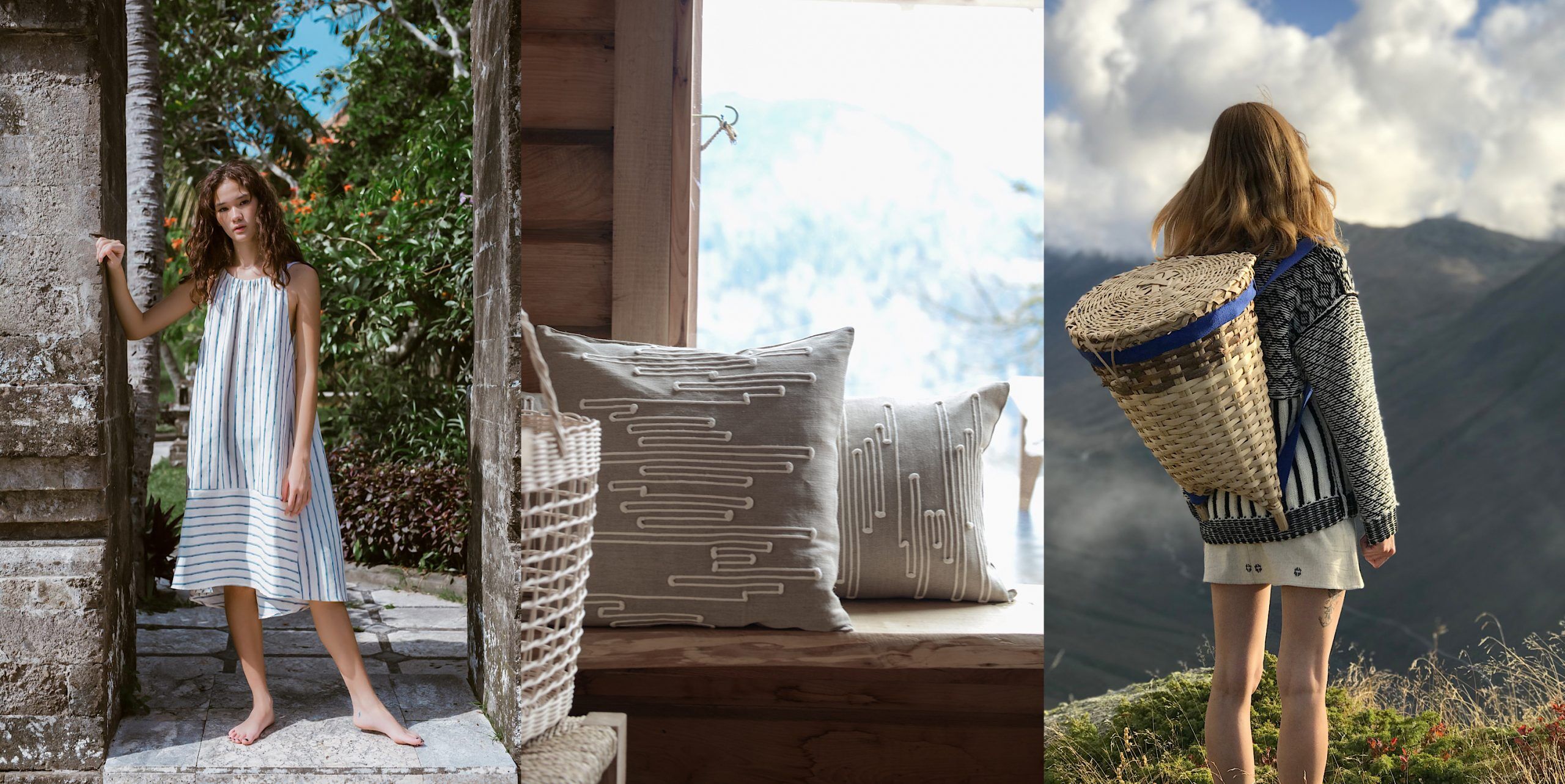