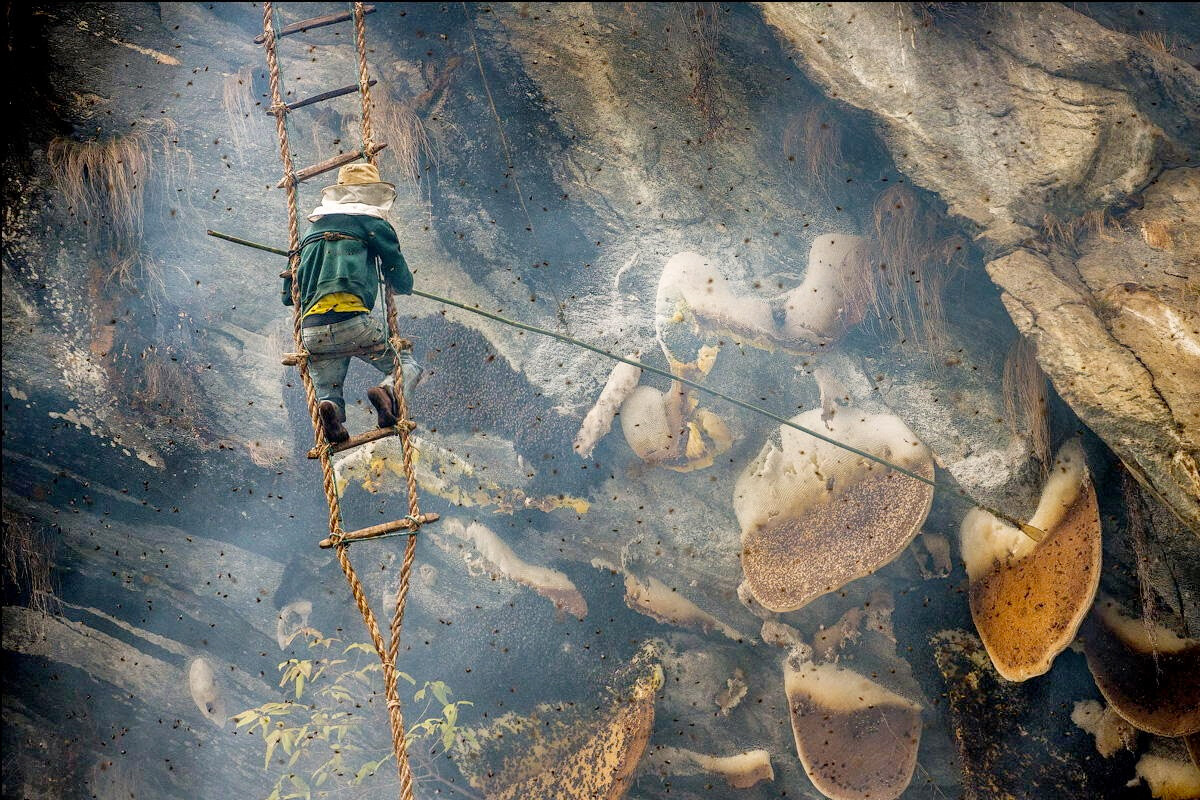 Posted at 13:41h in about honey by admin_hbodycare

Honey hunting or honey harvesting as it is also called is the gathering of honey from wild bee colonies. It is an ancient human activity and is still practiced by aboriginal societies in different parts of the world like Asia, Africa, South America and Australia. Gathering honey from wild bee colonies is usually done by subduing the bees with smoke and breaking open the tree or rocks where the colony is located. Each area has its own distinctive style of honey hunting, however, the universal method seems to be the method of lighting a fire under the bee cliffs to smoke the bees from the combs.

The most famous Honey Hunters are the Honey Hunters of Nepal. Since Nepal is very rich in honeybee diversity, there are two main categories of wild honey in Nepal. The first is harvested in November, which taste and texture must be associated with the flowers of the Brassicaceae family plants at most, and it is considered as a food source of energy.

The second and most pivotal for the population is the Spring honey, characterized by its toxicity, drunkenness, and by an inebriating effect; these characteristics are to be associated with the foraging activity of the local bees of Apis dorsata and Apis cerana. The real importance of the toxicity lies in what we would call inebriation. Although considering it as toxic, the Spring honey is a real medicine for the Gurungs.

The honey hunting skills in Nepal belong to the ethnic group of the Gurungs, people who have moved from Tibet and settled in the central Area of Nepal – Lamjung and Annapurna especially. They have been carried on the traditional honey hunting for generations, as honey is of central importance for them.

About a dozen men at a time are involved in honey hunting from the cliffs where colonies of bees build their nests.

The hunting is very dangerous. First they passed extreme way to the hunting place. Then the hunters are climbing by 200- 300 m by hand – woven rope ladder. The Honey Hunters light a fire at the base of the rock so that the smoke rises and the bees disperse from their combs. Next step is to drill the honeycomb with long sharp an ancient tool made in bamboo called “tangos”.

The actions related to hunting honey are depleting bee population. Once the hive is mangled, there is no way to save the larvae or to leave them attached to the cliff. The hunters are aware of this trend, but they also admit they have no other ways to obtain honey. Before each hunting, they pray to the forest god not to be injured, and apologize to the bees for their imminent action.

Honey hunting has to counter a long list of anthropogenic threats, and a major threat to traditional, responsible honey hunting comes from the growing medicinal reputation of Himalayan honey, which is increasingly exported for Japanese, Chinese and Korean traditional medicines and to treat infections and injuries. Spring ‘Red’ honey is the most sought after, costing upwards of $US15 per kilogram. This demand has resulted in a shift in ownership of the cliffs away from the indigenous communities to the government, allowing them to open honey-harvesting rights to contractors. At the same time the younger generation’s reluctance to follow in the footsteps of their elders, due to the risks involved, limited income and moving away to cities, is also contributing to the dwindling numbers of traditional honey hunters.

Many documentary films and photographic projects have been made on this tribe. Here, a few of them. 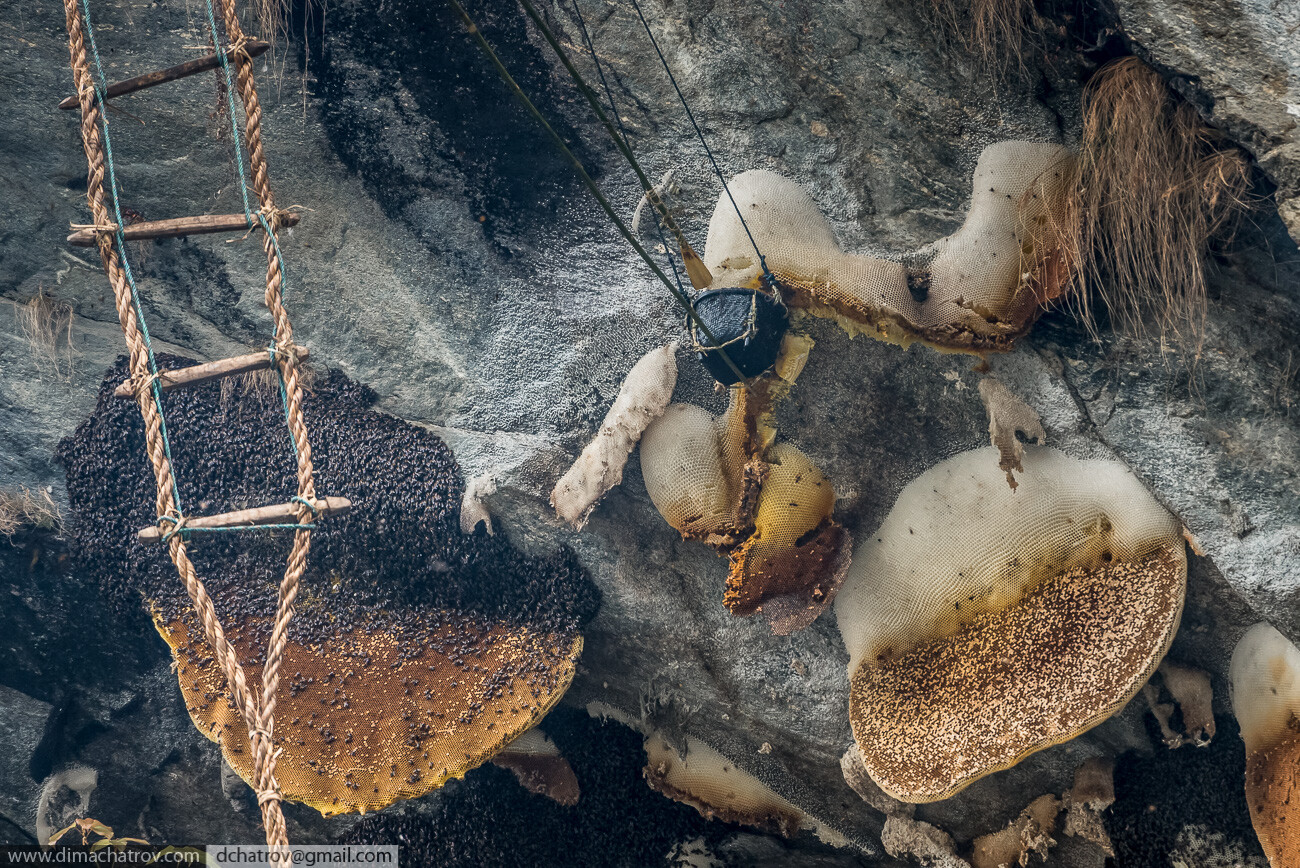 You can also read the book written by Eva Crane: The World History of Beekeeping and Honey Hunting